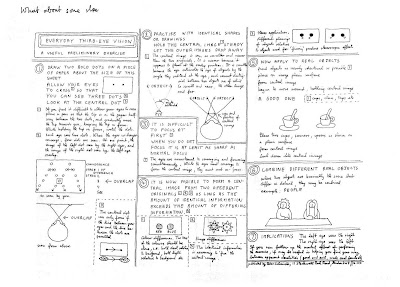 .
.
.
"Everyday Third Eye Vision"
Peter Schmidt
Printed Broadsheet
Published 1971
(Collection of David Mills)
.
Thanks to David for providing an image of this elusive work.
.
.
.
Posted by John Emr - Curator at 6:23 PM No comments: 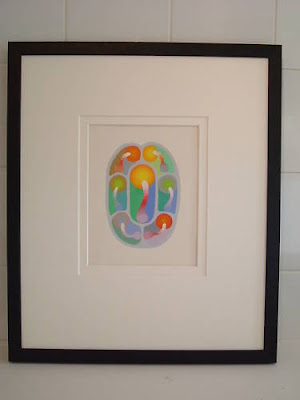 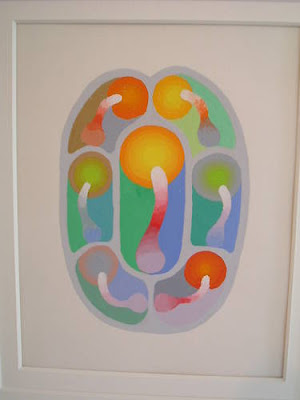 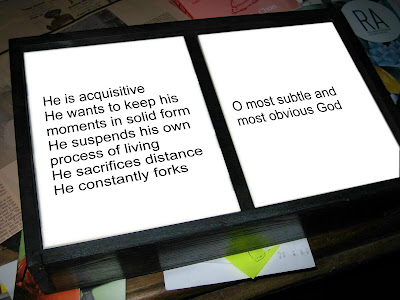 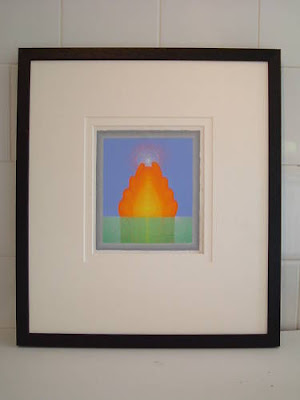 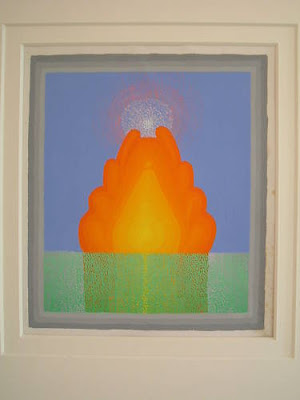 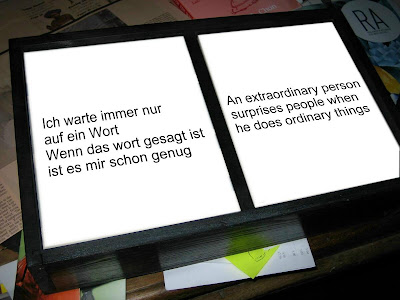 .
.
.
"The Thoughts Behind the Thoughts"
Peter Schmidt
Web version
2010
Original version: Plywood, card stock,
prints, presstype letters, perspex lid
1970
.
Prior to "Oblique Strategies", Peter created "The Thoughts..."
.
A rough translation of the German above:
"I wait in each case on a word
if the word is said already
it is for me enough"
.
I have been enjoying the beach for a few weeks,
and away from the computer...I'm back.
.
.
Posted by John Emr - Curator at 3:22 PM No comments: 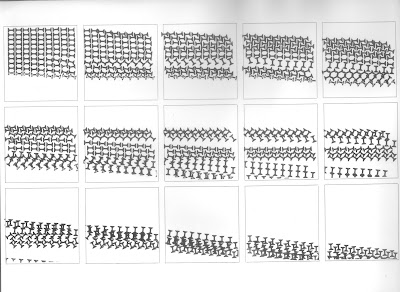 .
.
.
Unknown title
Peter Schmidt
edition of 99
block print
1966
Copies of this print was available at the "London Under Forty" exhibit at Galerie Milano, 1966
(Collection of Rory Walsh)
.
As described by Galleria Milano: "The units lay loose on the bed of the press and the movement and distortion of the row was caused by the successive printings. The edition was printed in the Experimental Printing Workshop of the School of Art Watford College of Technology."
(This image of the print was sent by Rory Walsh)
.
"recollections. i think it must have been an early part of peters career when i first met him. The context is quite important for me . id been much encouraged in my last 2 years at school(given the key to the art room and store) academically i was not a strong pupil but the encouragement of two teachers was an intellectual start for me . at Watford I gained a place on a graphic arts course not really knowing what it was. i enjoyed the unfolding adventure.i arrived wearing ice blue jeans whilst other students were still wearing shirts ties and girls in dresses . i addressed staff with christian names teachers at that time were normally called sir or mr.the culture was changing the art staff interested in who we were and what were we thought they promoted thinking.Watford art school was then based in the Watford college of technology building on the second floor it consisted of about 7 rooms only this with a corridor that all rooms opened to allowed for frequent interaction between staff and pupils. we worked with peter on a rotation system im not sure for 2 or all three years but the experience of his quiet contemplation sensitive inquiry and curiosity of difference or chance was to me observed digested stored and reflected upon. Peter noticed my interest and response suggested i transfer to a fine arts course (but was declined by the then head Sutherland) however he continued interest in my work and broadened my vision i think it is important to look at the surrounding influences coming into the college that were dynamic . Peter probably had a strong influence bringing them there .Watford gained a significant reputation as an Art school for its teaching and students. Mark Boyle(later to form the Boyle Family)Hansjorg Mayer, Gerald Woods, Gwyther Irwin, Raymond Moore(significant photographer), Anthony Froshaug, Nigel Stacy(a local watford hippe painter musician played a super 12 string guitar and did Great Chuck Berry stuff) the art schools reputation was all the more unusual for its size was small having only 7 full time staff . years later i ran a preliminary course within an art school with 3 full time and 12 part time staff. I for some time had gravitated to the print room where Froshaug had set up a letterpress facility with Alan Kitching as a student id played abstractly with the media i recall PS setting up type and not fixing it in a chase but allowing the roller to move the type as it inked , the paper then picking up the chance impression it recorded of the type moving.across.also etching project when a small zinc plate was more attacked than rendered with patients graphficy and care. Another painting event(shortly after the college had taken over additional premises)PS had organised for a number of indentical sized canvases arranged in a line staff were to make a live painting in a time(probably an hour)after which the gathered students disscussed the various approaches and outcomes perhaps the more significant outcome of remembering Peter and the art school is there was growing fertile environment at watford that peters influence developed to the furtherment of many students in their professional intellectual and cultural contribution . i typed this ages ago with intention to add to it hope it is of some interest to you .
kind regards david "
.
Recollection by David Mills, student of Peter Schmidt at Watford School of Art, 1963-66
.
.
.
Posted by John Emr - Curator at 7:41 AM No comments: